What’s Life Like for a Writer? by Anne Baxter Campbell 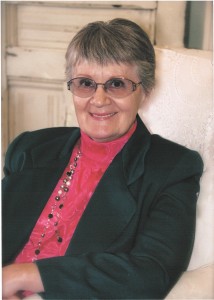 When I began the story of Marcus Varitor, Centurion, I thought it would just be a takeoff on the previous characters, with the two main characters becoming a couple at the end. I thought Marcus’s impetuous and fun-loving nature would actually drive him away from God when he faced a huge disappointment. I thought I’d have to bring him back from alcoholism. I didn’t dream one of my favorites would die. I sorta had the novel planned out, you see, in my own panster way.

Being a panster (someone who writes by the seat of their pants) has it hazards. The major characters often take off on their own tangents, and sometimes it’s very difficult to make them do what we think they ought to do. Minor characters try to get their own leading roles. I tell ya, it’s like trying to plan the lives of your children before they’re born.

Instead, Marcus progresses slowly but steadily toward a firmer commitment to God. It is Meskhanet (the female lead) who tends to take the stage spiritually. I can’t tell you what all happens to her without spoiling the story, but I think you will be as blessed and surprised as I was at the change in her over the progress of the book.

Each of the characters’ lives has in some way mirrored mine. Marcus experiences a crisis that firms his faith, but his refusal to take advice and make amends almost loses the day. Joanna and people she loves suffer because of a foolish impulsive action she takes. Meskhanet learns just how deeply God loves her. Rebecca mothers everyone, but seldom has the courage to correct her own child. God does His miraculous interventions and saves the day, every time.

There’s something ultimately satisfying and yet achingly poignant about writing “the end” to a novel. Successful conclusions and happily ever afters leave the readers smiling and content at the end, but the author suffers from missing her (or his) friends. I want to go on having them around me, talking to me, sharing their feelings with me. I often pray for them. In the case of sequels, it’s all okay, but at the end of the series I heave a big sigh of relief … and cry because the characters have all left me behind.

Did you ever relate so with a character in a movie that you wanted him or her to keep on going in your life—or maybe even want to be that character permanently?

I read once that actor Lee Marvin “became” his characters so completely that it carried over into his private life, sometimes to the detriment of his family. Especially when he might play someone cold-hearted or an alcoholic.

In some ways, my characters infuse themselves into my lives, I hope not to my family’s dismay. I find myself talking like them. I dream about them. I think about them and plan their moves while talking to my friends. I talk to them. And when they take a step closer to God, so do I. When they discover something new about God, I do too. I believe God speaks to the writers through the Christian novels as well as to the readers.

I’d be interested in hearing other writers talk about this. I’d also love to hear from readers. I sure like to know if others have experienced this too, and how it affects them.

Besides being one of my favorite people in the world, Anne Baxter Campbell is an author who worships the most wonderful and faithful Triune God, dotes on her family, cherishes old compatriots and new, and writes fiction whenever she gets time with the fervent prayer that her imaginary friends will encourage the reader to take one step closer to God.

You can connect with Anne on  Facebook,  Google+,  Linked-In, on Twitter, and her blog A Pew Perspective. 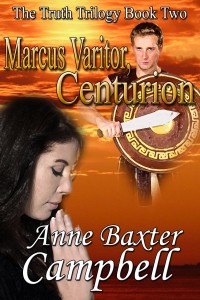 Marcus, son of a Roman senator, is a decanus in the Roman cohort in Jerusalem. The tribune hints at a promotion to centurion if Marcus can bring in a troublesome brigand. He discovers there are really only two things he wants—to be a centurion and to win the love of an Egyptian girl. But when Meskhanet is sent to Rome on a slave ship and Marcus is captured by the very criminal he’s supposed to apprehend, those hopes may both evaporate faster than a small puddle under the hot desert sun. 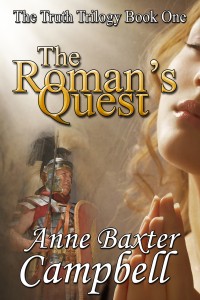 About The Roman’s Quest:

Centurion Julius has eyes for a young Jewish woman, but a Roman is not what her father intends for her. Miriam is a pious Jewish girl, determined to do the right thing by her God and her parents, and she bows to her father’s wishes to betroth her to a Jewish fisherman, James ben Zebedee. Her heart yearns for the Roman, but their love is impossible. Miriam’s mother lies close to death, and her last wish is to see her daughter wed. The marriage has to take place before it’s too late. Inner Source invites you to meet the heroine of The Roman’s Quest, Miriam, read what Anne had to say about the novel.