I Learn from Children, Even the Imaginary Ones by Cynthia T. Toney 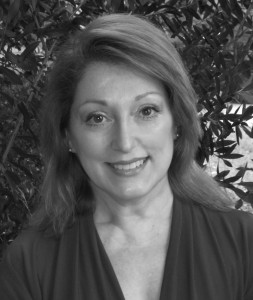 The garbage truck makes its presence known each Tuesday morning with a rumble and a screech, but the last visit was different.

I heard a honk. My dogs barked, and I ran to the front window and raised the shade.

One of the garbage men waved an arm and pointed at a little girl standing next to my garbage can. I hurried out to see what was going on.

“No, there isn’t. She’s not my daughter.” Concern began to build. I didn’t recognize this child, who couldn’t have been much older than six. I scanned the street both ways. Where were her parents?

“I think she’s mentally challenged.” The garbage man, who was over six feet tall and as lanky as a professional basketball player, had the gentle voice of an angel.

I finally looked into the little girl’s eyes, not as clear and focused as a healthy child’s. “Go ahead and dump the can,” I told him. “I’ll try to find out who she belongs to.”

“No, thank you for calling me out here.”

He tossed the garbage, and the truck rolled on.

I placed a hand on the girl’s shoulder. “Where do you live? Do you live on this street?”

In her hand she held a bowl, eating unrecognizable crumbs from it. The morning was a hot one, and the sun beat down on both of us standing at the edge of the street.

“Is Kay your momma? Or your babysitter?” I stroked the girl’s hair, but panic was setting in—for me, anyway. She remained composed.

Just as I decided I’d better take her inside and call the sheriff, a young woman on foot appeared around the curve in the street. I waved one arm to get her attention, then two. She picked up speed. The child glanced her way.

“Is that your momma?”

It probably took the woman less than a minute to reach us. Although winded, she smiled, her cheeks rosy.

“Are you her mother?” I stroked the girl’s hair again. “She’s a sweetheart.”

“She means ‘Cade,’ her brother. He likes to go down to the creek and play with the other boys, and sometimes she tries to follow him.”

Now we had three overheated, possibly thirsty people standing at the street. “May I get you a bottle of water? Emma didn’t want any.”

“That’s very nice of you, but no thanks. I have two little ones asleep in the house. Mine is the second to last one on the other side of the street.” She pointed. “I’d better get back.”

“No problem. I’m home every day, so if she goes missing again, let me know and I’ll look out for her.”

“Thank you so much.”

I went inside, where the green peas I’d left on the stove had burned. I’d lost my focus during the drama, but Emma hadn’t.

She knew what she loved and didn’t forget what she wanted: her brother Cade (which, by the way, means “pet lamb.”) And she went after him.

That kind of devotion and single-mindedness is what makes me love kids, kindergarteners and teenagers alike. We adults have so much to learn from them, so I choose to write about them and for them.

While writing Bird Face, my main character became real to me. I watched Wendy and speculated what she’d do next. How would she handle this situation?  What would she try first? I knew she’d make a mistake or two before figuring out successful strategy and tactics. It was all so that she could learn to love herself and those around her better. She had a lot of love to give, but it took her a while to discover where and how to direct it. And to forgive.

I was the same way for many years when I didn’t look to Jesus to show me how. I believe he used the story of Wendy to reach me. As I wrote her story, she demonstrated how to love better, further, and more wisely.

Cynthia enjoys writing both historical and contemporary teen fiction with a touch of mystery and romance. She holds a BA in art education with a minor in history and worked as an advertising designer and marketing copywriter when she began her first novel. More recently she has been an interior decorator, and her decorating articles appear on eHow.com and homeguides.SFGate.com (The San Francisco Chronicle online). She has a passion for rescuing dogs from animal shelters and encourages people to adopt and save the life of a shelter dog or cat. In her leisure time she cooks Italian and studies the complex history of the friendly South, where she resides with her husband and several dogs.

Almost-fourteen-year-old Wendy Robichaud doesn’t care one bit about being popular like her good-looking classmates Tookie and the Sticks—until Brainiac bully John-Monster schemes against her, and someone leaves anonymous sticky-note messages all over school. Even her best friend, Jennifer, is hiding something and pulling away. But the Spring Program, abandoned puppies, and high school track team tryouts don’t leave much time to play detective. When secrets and failed dreams kick off the summer, will Jennifer still be around to support her?

Wendy and Cynthia talked about Bird Face on Monday and Wednesday.