The Long Way Home is my latest book and is a romantic suspense, the genre you write and love. The story actually came about when my editor asked for volunteers to write a romance novel where the couples meet then have an adventure. When I said yes, I had no idea of the journey on which my hero and heroine would embark.

My last three novels were grouped in my Small Town Romance Series: Letting Go, Prescription for Romance, and A Harvest of Blessings which came out in November. In that story, the middle-aged heroine’s son was serving in the U. S. Army in Germany and would be returning home soon. So, I just couldn’t forget about David Maguire. I had to tell his story, too.

In each of my novels, I love to convey a spiritual theme. When I first started writing David’s and heroine, Jada Atwood’s adventure, I didn’t know what the theme would be. After all, this couple would be kidnapped by bank robbers and face death in a Pennsylvania forest. Then it occurred to me. What if the heroine didn’t trust in the Lord at the beginning of the novel? In fact, what if she wasn’t a Christian at all? What would she do if confronted by the grave possibility her life would soon be over?

During my many days as a Christian, I’ve learned how some of my brothers and sisters came to the Lord. Sometimes it was when they found themselves at the end of their own resources. When all other options were exhausted, they begged God to save them and gave their lives over to Him. This is likely not the most ideal way to begin your Christian life, but as long as someone sincerely commits their heart to the Lord, that’s wonderful.

As an example, I once knew a lady who became born again while giving birth to her son. She later told me, the pain was so great she thought she was going to die. At that moment, she called on the Lord. She promised Him that she’d follow Him the rest of her days if He’s only bring her baby safely into the world and relieve her suffering.

I knew another lady who gave her life to the Lord after reading an end time prophecy book.

So in The Long Way Home, Jada gives her heart and life to the Lord at the moment she believes she will die.

Sometimes I can’t imagine how God could use my fictional stories, but He’s always faithful to make clear the message He wants me to write.

I hope your readers will enjoy The Long Way Home. It’s a bit more graphic than any other book I’ve written, but life is like that sometimes, right? The Lord’s blessings to you, Fay, and your readers. 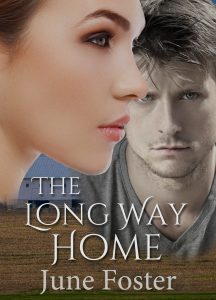 More About The Long Way Home:

David Maguire’s tour of duty in Germany is over, and he’s returning home to Oak Mountain, Alabama in search of a job. After a long flight from Frankfort, he shares an Uber with Dallas resident Jada Atwood.

Jada Atwood, a registered nurse midwife, is on her way to a medical conference in Queens. If only she could live up to her father’s legacy at the hospital where she works, she could prove worthy of his reputation. Marriage awaits yet her fiancé has yet to offer a ring.

When the Uber driver must make a stop to pick up a passenger at a Queens shopping center, two men who robbed a nearby bank commandeer the Ford as a getaway car. But when they discover two passengers, they have to get rid of the extra baggage.

After the kidnappers murder the Uber driver, David and Jada fear for their lives. Will they find their way home or die in a Pennsylvania forest? 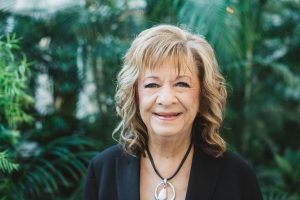 June Foster is an award-winning author who began her writing career in an RV roaming around the USA with her husband, Joe. She brags about visiting a location before it becomes the setting in her next contemporary romance or romantic suspense. June’s characters find themselves in precarious circumstances where only God can offer redemption and ultimately freedom. Find June at junefoster.com.