I’m pleased to introduce the first hero from Unlikely Merger, Dustin Rogers. Dustin, please tell us about yourself. Where are you from? What do you do when you’re not working?

I grew up in San Diego, but like I told Mercy, we used to sing a hymn at our little church called Whiter than Snow. It became my boyhood dream to experience the literal meaning of the song as well as the spiritual one. So I went to college across country in Vermont, but my first job was back in California. When I had the chance to get on board with Lacewell Limited and move to Denver, I jumped.

And honestly, there aren’t too many opportunities. I’m usually working and I love my job with LL. But when I do get a day off, you’ll find me on the slopes. I’m determined to master snowboarding. It can’t be that different from surfing, right?

You recently met with Mercy Lacewell of Lacewell Limited regarding a merger or a buyout of your company. Tell me what immediately came to mind when you first met Ms. Lacewell.

Actually, I work with Mercy at Lacewell Limited. But I can still answer your question. The first time I saw her, she was hovering over her dad on his first day back in his office. She was beautiful, you know. But in an untouchable way. I didn’t expect to even meet her, let alone get to travel with her. At the beginning of our trip, I don’t think I impressed her that much. Her first assignment for her dad, and there I was the unwanted tag-along. But she came around and we had some good conversations and even some laughter on our adventure. She’s a sport, too. Jumped right in to help out the dad-son duo at the restaurant.

What do you remember most about Mercy as a result of that meeting?

She has a tender way about her that … ah … I can’t explain it. She sees the deep need of people and doesn’t simply sit as a spectator. She’s willing to take action to solve the problem. Not in a controlling way, but with a kindness. A gentleness. It’s really … very … lovely.

Tell us how you really feel about Mercy Lacewell. Don’t be shy.

Oh, man. You’re really putting me on the spot here. I mean we work together. I have enough trouble concentrating when I hear her laughter. Not that I work side by side with her all the time, but we collaborate often enough and might even have to travel together again.

I can’t. I simply can not let my personal feelings extend beyond friendship. Not while she’s still the VP of Acquisitions here. Not if I want to keep my job. And I do. I love what I do. And if nothing else, I still get to see her every day. For now, that’s going to have to suffice.

Do you think that you and Mercy could have a future together? If so, tell us why you think you’re the man for Mercy.

Wow. I couldn’t say if I were the man for her. If things were different … if one of us stopped working for the company, I’d certainly try to gain her affection. I can’t imagine such a treasure, though. But then again, our great God is able to do more than we ever ask or imagine. Still, in some way deep in my heart, she’s still untouchable. I just don’t think of myself as worthy of such an amazing woman. 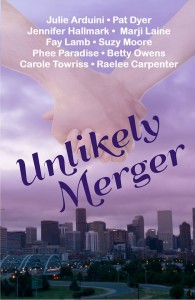 You can read Dustin’s chapter in Unlikely Merger today at Write Integrity Press. 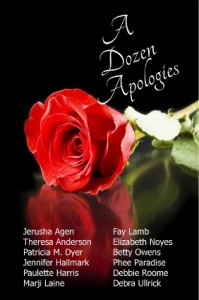 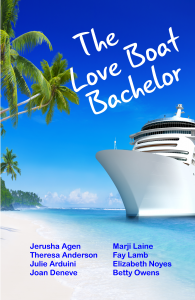 If you didn’t read yesterday’s posts: Behind the Scenes of the Newest Write Integrity Press Multi-Author Novella, you can do that here.

And the other authors are sharing a lot of fun material on their blogs as well:

Julie Arduini: If We Could Have been Part of a Company Merger