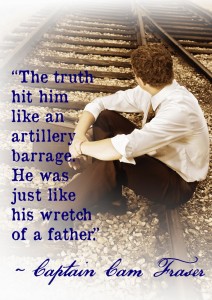 Cam comes to us from the mid-1940s India, an exciting time in his country’s history. Welcome.

Cam, I wanted to speak to you today because for me, you are an unlikely hero. At times in this story I wanted to smack you for the decisions you made, ones that hurt you and that hurt your heroine, Dassah. Looking back on those decisions, though, do you believe that, despite your sin, God ably turned all things to good as He promises in Romans 8:28?

I am no hero, and you’re not the only one who wanted to smack me. There was a time I wanted to end it all because of my sickening inability to be a decent man like my stepfather. But the disgusting human weakness of drunkenness came through my bloodline, from my natural father, and I ended up being enslaved to my mistress in a bottle.

The Lord knows how much I hated myself, but couldn’t seem to stop. I tried so many times…and failed miserably, like that natural man in chapter 8 of Romans.

That’s one of the good things that came out of my story. I learned that I cannot change myself. No matter how hard I fight against my human tendencies I fail. Only God can He change me.

And in a way, I’m grateful that my human sinfulness was easy to see—I was a drunk. If I had not had this very visible weakness, I might not have seen my need of Christ. As a man with a great military career, and the fact I knew how to act like a Christian, growing up in a Christian home with Christian parents, I could have just kept acting like a good person. But being a good person with a highly respected position can keep you from recognizing your need of the Savior.

So, the best of all things has been given to me—I am saved by Christ. I know who I am only in Him.

Well said. You literally had to fall flat on your face so that God could work in you. When you got to that point, what made you seek God?

I knew that if I did not surrender to God that I would truly die from drinking. As much as I thought I wanted to end my life, when it came down to it I yearned for life—the kind of abundant life that I saw my parents living.

I believe we all need to recognize that our human condition goes in one direction only—it shoves us toward death. I’m grateful today to be sober and feeling clean in my heart, mind, and soul. God rewarded me by my obedience. He renewed my relationship with my family, but most of all gave me back my precious wife.

Cam, your story is not only about a man’s love for a woman who convention tells him he should not love, but a man’s love for his country—one that is being taken away from him—is also very important to the story. Would you share with the reader what made you cling to the thoughts of Dassah throughout the years?

My stepfather taught me from a little boy that I should treat Indian people as my equals. That just because I was British and a member of the so-called ruling British class, that in God’s eyes this was nonsense. Black, white, brown, whatever the skin-tone, it is all from God and something He delights in. Learning to see India through my step-father’s eyes and through the eyes of God, I fell in love with India. And that love of India is wrapped up in the beautiful woman, Dassah. I love her culture, her voice, her language, her way of moving, the food she makes, and the warmth of her soul. She is a jewel in the great diversity of God’s creation.

Also, what is it about India and its people that endeared you to the nation?

Their smiles—such bright brown eyes. The aroma of their food, their music, the colors of their clothing, but most of all the people of India search for God with a passion I have never seen in any other race. They hunger and thirst for the truth about God.

In 1940, the culture in India was such that a British officer did not marry a woman of India. Looking back, I’d like to know how you and Dassah dealt with this type of bias throughout the years.

It wasn’t easy, even after the war. We made it to Canada, to the west coast of British Columbia where a large population of Indian people had fled to. In the Fraser Valley there was enough of a mixture of English, European, and Indian immigrants, that Dassah and I fit in. It didn’t happen right away. Even there, the stigma of an inter-racial marriage brought some tears to Dassah. I comforted her, and eventually after our third child was born things began to lighten in people’s minds. Also, people in our community began to take us at face value, people who love the Lord and seek to bring good to our neighbors.

Thank you so much for being our guest today, Cam. I’m so glad to see what God has done in your life. When you seemingly lost so much, He opened the door to more blessings. I look forward to the interview with your author, Christine Lindsay on Wednesday. 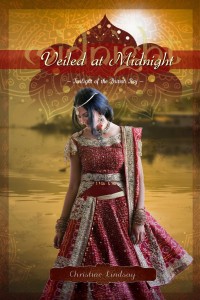 As the British Empire comes to an end, millions flee to the roads. Caught up in the turbulent wake is Captain Cam Fraser, his sister Miriam, and the beautiful Indian Dassah.

Cam has never been able to put Dassah from his mind, ever since the days when he played with the orphans at the mission as a boy. But a British officer and the aide to the last viceroy cannot marry a poor Indian woman, can he?

As this becomes clear to Dassah, she has no option but to run. Cam may hold her heart—but she cannot let him break it again.

Miriam rails against the separation of the land of her birth, but is Lieutenant Colonel Jack Sunderland her soulmate or a distraction from what God has called her to do?

The 1947 Partition has separated the country these three love…but can they find their true homes before it separates them forever. 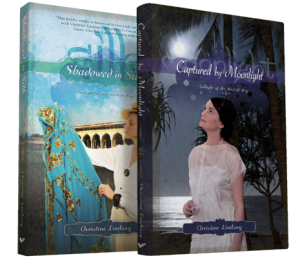 Prisoners to their own broken dreams….

After a daring rescue goes awry, the parched north of India grows too hot for nurse Laine Harkness and her friend Eshana. The women

flee to the tropical south…and run headlong into their respective pasts.

Laine takes a new nursing position at a plantation in the jungle, only to discover that her former fiancé is the owner…and that Adam has no more to say to her now than he did when he crushed her heart years ago. Why, then, is she still drawn to him, and to the tiger cub he is raising?

Eshana, captured by her traditional uncle and forced once more into the harsh Hindu customs of mourning, doubts whether freedom will ever again be in her future, much less the forbidden love that had begun to whisper to her. Is faith enough to live on? Or is her Savior calling her home?

Amid cyclones and epidemics, clashing faiths and consequences of the war, will the love of the True Master give hope to these searching hearts?

Watch the book trailer for Captured by Moonlight.

SHADOWED BY SILK by Christine Lindsay

She was invisible to those who should have loved her.

After the Great War, Abby Fraser returns to India, where her husband is stationed with the British army. She has longed to go home to the land of glittering palaces and veiled women . . . but Nick has become a cruel stranger and a cruel father to their three-year old son. It will take more than her American pluck to survive.

Major Geoff Richards, broken over the loss of so many of his men in the trenches of France, returns to his cavalry post in Amritsar. His faith does little to help him understand the ruthlessness of his British peers toward the Indian people he loves. Nor does it explain how he is to protect Abby Fraser and her child from the husband who mistreats them.

Amid political unrest, inhospitable deserts, and Russian spies, tensions rise in India as the people cry for the freedom espoused by Gandhi. Caught between their own ideals and duty, Geoff and Abby stumble into sinister secrets . . . secrets that will thrust them out of the shadows and straight into the fire of revolution.

Be sure to check out the Inner Source interview with the heroine, Laine Harkness, of Captured by Moonlight.

She was invisible to those who should have loved her.

After the Great War, Abby Fraser returns to India, where her husband is stationed with the British army. She has longed to go home to the land of glittering palaces and veiled women . . . but Nick has become a cruel stranger and a cruel father to their three-year old son. It will take more than her American pluck to survive.

Major Geoff Richards, broken over the loss of so many of his men in the trenches of France, returns to his cavalry post in Amritsar. His faith does little to help him understand the ruthlessness of his British peers toward the Indian people he loves. Nor does it explain how he is to protect Abby Fraser and her child from the husband who mistreats them.

Amid political unrest, inhospitable deserts, and Russian spies, tensions rise in India as the people cry for the freedom espoused by Gandhi. Caught between their own ideals and duty, Geoff and Abby stumble into sinister secrets . . . secrets that will thrust them out of the shadows and straight into the fire of revolution. 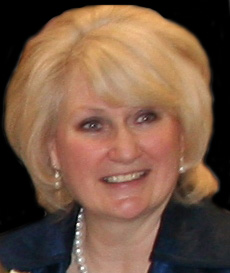 Christine Lindsay was born in Ireland, and is proud of the fact that she was once patted on the head by Prince Philip when she was a baby. Her great grandfather, and her grandfather—yes father and son—were both riveters on the building of the Titanic. Tongue in cheek, Christine states that as a family they accept no responsibility for the sinking of that great ship.

It was stories of her ancestors who served in the British Cavalry in Colonial India that inspired her Multi-award-winning, historical series Twilight of the British Raj. Book 1 Shadowed in Silk, Book 2 Captured by Moonlight, and the final installment to that series, Veiled at Midnight just released October 2014.

Londonderry Dreaming is Christine’s first romance which is set in Ireland.

Christine makes her home in British Columbia, on the west coast of Canada with her husband and their grown up family. Her cat Scottie is chief editor on all Christine’s books.

Tags: Alcoholism, British Raj, historical romance, India, Veiled at Midnight; Christine Lindsay
From: Character Interviews
← Through the Eyes of One of America’s Forgotten by Jennifer Slattery
Author Interview: Christine Lindsay →
No comments yet